"Let us build together and see what we can make."

In the early twentieth century, Business and Professional Women's Clubs were created in many centres around the world. In 1930, the Canadian Federation of Business and Professional Women was incorporated and held its first annual meeting in Winnipeg. It was in August of that year that the International Federation was formed at a congress in Geneva, Switzerland. The Canadian Federation was a charter member, having sent a delegate to the conference.

The Business and Professional Women's Clubs of Ontario was gradually formed to act as the provincial wing of this organization. Although the Ontario organization was autonomous, as a member of the Canadian and International Federations it was subject to restrictions and was entitled to receive certain benefits. Committees formed at the National level were usually reproduced at the Provincial and Local levels as well. In addition, membership in any one level of the hierarchy granted automatic membership in all the other levels. Relations between the Canadian and the Provincial organizations were conducted through the Provincial President, who acted as liaison with the Canadian Federation.

The objects of all clubs were quite similar: to encourage equal status for women in economic, civil and political life; to promote the interests of business and professional women; to encourage education and occupational training for girls and women; and to promote cooperation between professional and business women.

The Ontario organization formed gradually after the creation of the Canadian Federation. By 1932  Business and Professional Women Ontario had elected a president and by 1935 they had reached a fairly high degree of autonomy. However, the first Ontario conference was not held until 1946.

The structure of the organization remained quite stable throughout its history. It was headed by a Board of Directors, which met immediately before and after the annual general meeting held each May, and in addition met at interim board meetings in the fall and executive meetings at other times of the year.

The reporting structure between the local clubs in Ontario and the Board of Directors was somewhat complex and changed over the years. Within Ontario, individual clubs were grouped together into twelve regions, none of which could comprise more than twelve clubs. From their membership was elected a Regional Advisor, who was to act as a liaison between the region's clubs and the Board of Directors. The Advisor was to visit with each of the clubs at least yearly, and to encourage the creation of new clubs in the area for which she was responsible. Regional meetings attended by representatives from all the clubs in the region were held annually.

Regions were further grouped together into four Electoral Districts. Each District was represented on the Ontario Board of Directors by a Vice-President responsible for acting as the representative of the District. As with Regions, Districts met annually.

Typical activities of the clubs included special events such as contests for young career women or annual events such as Business Women's Week. The organization was also involved in lobbying politicians on behalf of working women, sometimes by meeting annually with the Premier of Ontario and presenting a group of briefs (or "memoranda") on a wide variety of topics, and sometimes by making submissions to various governmental commissions. All levels of Business and Professional Women's organizations were actively involved in the United Nations, and the Ontario Club was a member of several other organization designed to promote women's welfare. The clubs also conducted fundraising for scholarships and other purposes. 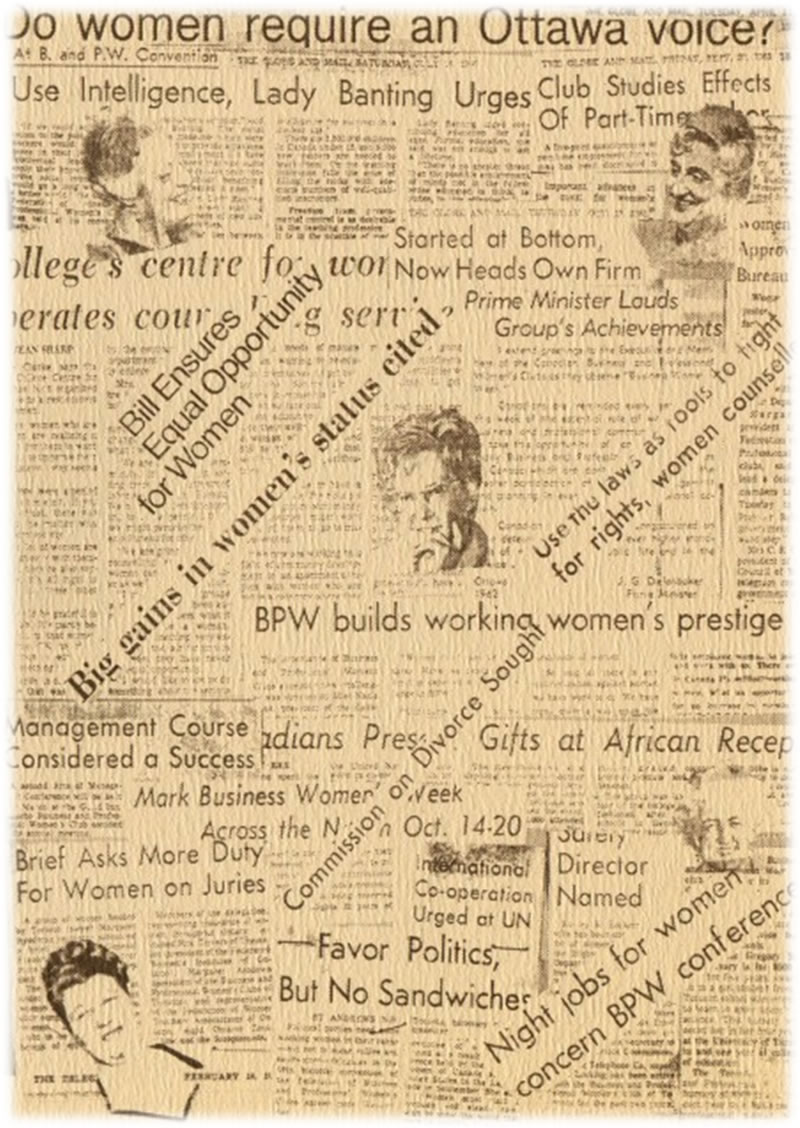 BPW Toronto
Click here or on image to enlarge.

Find a BPW Ontario Club Near You! 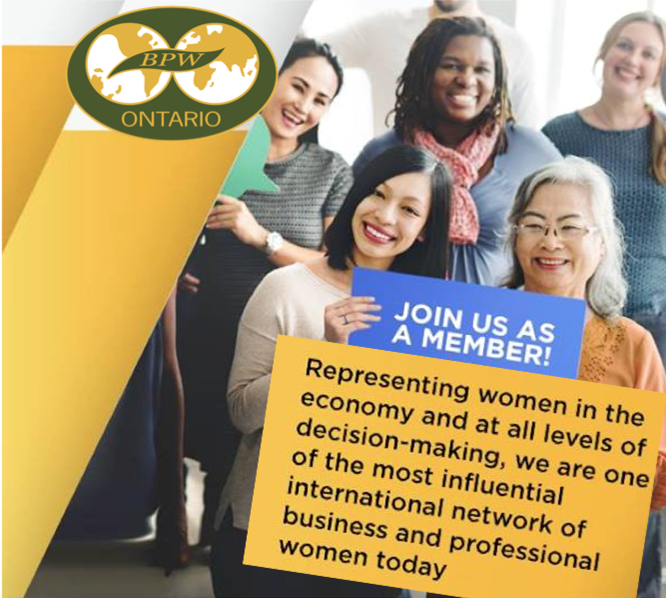